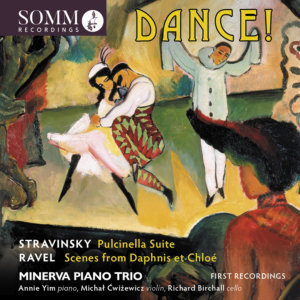 Also making their debuts on disc are Birchall’s own Contours, described by Caroline Potter in her informative booklet notes as exploring “the notion and elastic meaning of its title in different ways”, and, in Annie Yim’s arrangement, Caroline Shaw’s Gustave Le Gray. Rooted in a Chopin Mazurka, it eloquently mimics its artist namesake’s facility for poetically layered voices and images.

Completing the recital is Cheryl Frances-Hoad’s My Fleeting Angel. Inspired by a short story about the dour, deadening domesticity of married life by the poet Sylvia Plath, Potter likens both composer and piece to Olivier Messiaen, hailing the work’s “logic and appealing sound world of its own” and Frances-Hoad as “a sound-colour synaesthete who associates specific colours with sounds”.