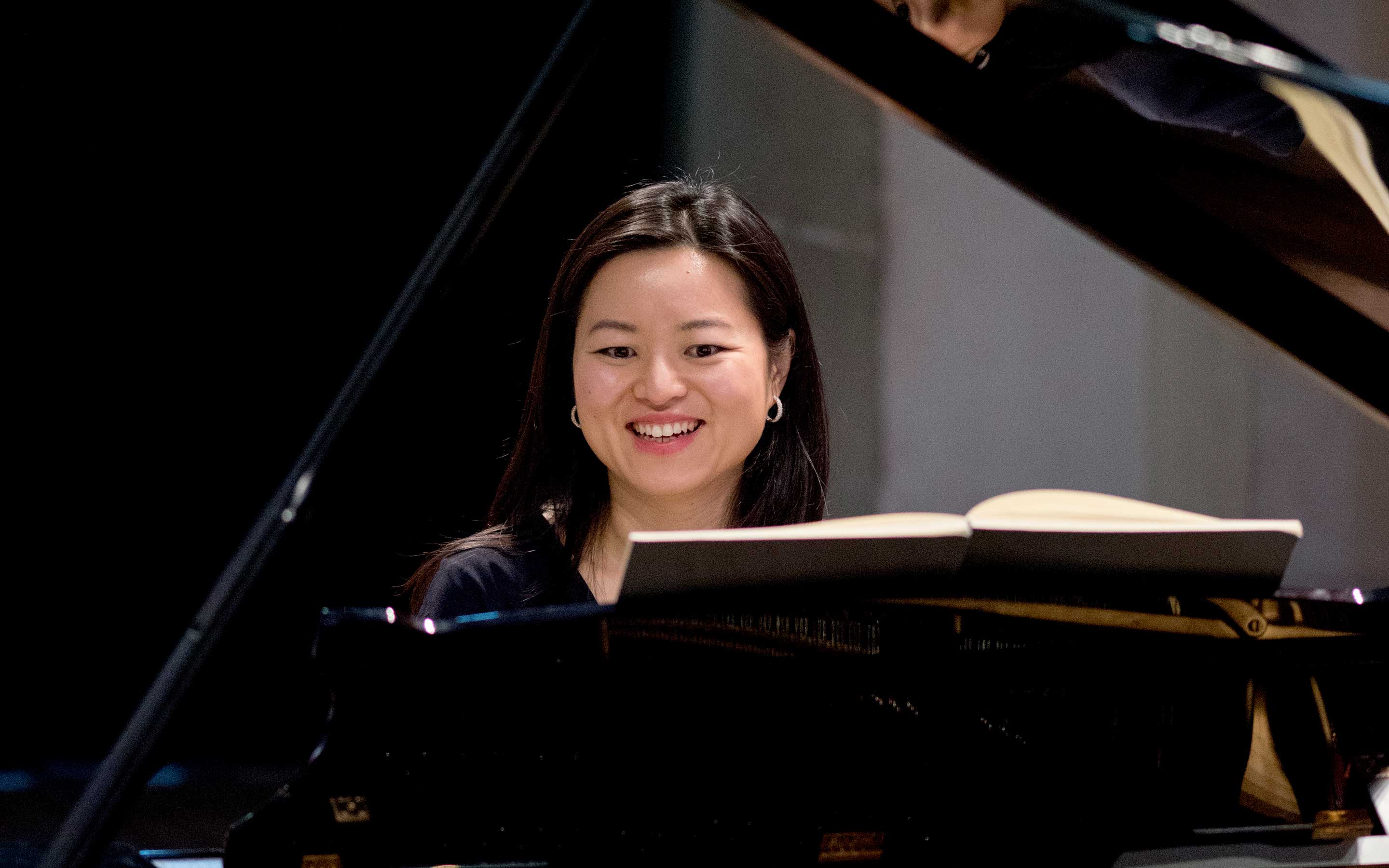 Annie Yim is a concert pianist and founder of MusicArt.  Her performance has been described by The Times as "the most beautiful sounds, radiantly coloured, thoughtfully articulated”.  Known for her wide-ranging solo and chamber music repertoire that encompasses canonic works and new music, Annie has broadcast live on BBC Radio 3, Classic FM, and national radios in Canada and Portugal.

Passionate about collaborations and commissioning new works across art forms, Annie founded MusicArt in 2015, an initiative to create original artist-led performance projects.  From London to Berlin and Salzburg, her performances with artists and art spaces were featured in New York T Magazine, Artnet, and Gramophone.

She has worked closely with contemporary artists include painter Christopher Le Brun PRA, composers Cheryl Frances-Hoad and Raymond Yiu, and poets Zaffar Kunial and Kayo Chingonyi; and with leading art galleries and national organisations including The Poetry Society.  In October 2017 she was invited to give a keynote concert and dialogue at an international, multi-disciplinary conference at the University of Surrey. Her further contribution to this subject will be published by Palgrave Macmillan in an edited volume in 2020.

Annie is founding member of the Minerva Piano Trio, who made their London debut at the Southbank Centre in 2014 as Park Lane Group artists.   She was St John’s Smith Square Young Artist in Residence in 2016/17 and made her UK concerto debut at LSO St Luke’s.  Born in Hong Kong and raised in Vancouver, she studied piano at the University of British Columbia with Robert Silverman. She holds a Doctor of Musical Arts degree and completed her performance-based research on Robert Schumann and Johannes Brahms at the Guildhall School of Music, studying piano with Joan Havill and musicology with Christopher Wiley at City, University of London.  Upcoming solo concert appearances include the US and Canada in 2020.